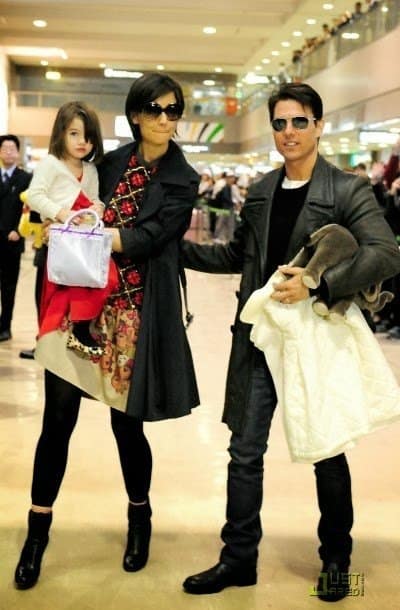 As challenging as it can be to raise a child
while hoping to instill good morals, values and behaviors, it can be even more
difficult to parent a child in the spotlight. Nevertheless, fame is not an
excuse for inappropriate or disturbing parenting fails. See how these celebs
have provided a clear-cut example for what not to do as a parent and learn how to avoid making
the same mistakes.
1. Royal Car Seat Fail
When Prince George made his first outing while
leaving St. Mary’s Hospital on July 25, 2013, new parents William and Kate did
not properly secure the royal baby in his car seat, according to reports. The baby was
swaddled tightly, making it difficult for his royal parents to buckle him tight
enough into the seat. Although mom rode in the backseat with her newborn and
the royal couple was escorted by security, the risk posed to the royal baby was
evident.
2. Degrading Your Children
Divorce is never a pleasant experience for
couples, but when you involve your child in the bitterness, it can have
devastating effects. The infamous 2007 divorce of actors Alec Baldwin and Kim Bassinger turned even more bitter when a voicemail message from Baldwin
degrading his 11-year old daughter Ireland was leaked to the media. The message
reveals Baldwin calling his daughter a “rude, thoughtless little pig,”
accompanied by a threat to straighten her out.
3. Driving With a Baby
in Your Lap
Who can forget the images of Britney Spears
driving her SUV with her then 4-month-old son on her lap? Although she claimed
to be harassed by paparazzi, the danger she put her child in as she drove away
made national news in 2006. In a media
release, Spears defended her actions by stating she was “terrified that this
time the physically aggressive paparazzi would put both me and my baby in
danger.”
4. Public Intoxication
One surefire way to traumatize and embarrass
your child is to eat a cheeseburger while clearly under the influence and on
camera. For David Hasselhoff and teenage daughter Taylor, this nightmare became
a reality in 2007 when the then 16-year-old pleaded with her dad to stop
drinking. The video was later leaked to the media and Hasselhoff
admitted that he asked his daughter to tape him if he relapsed with alcohol
addiction.
5. Baring it All
Before her 2013 VMA performance where she
pranced around on stage suggestively, Miley Cyrus, the once G-rated Disney
princess, bared it all with the consent of mom and country singer dad, Billy
Ray Cyrus. In a 2008 photo shoot for Vanity Fair, the then 15-year old Cyrus was
photographed topless with a thin blanket covering her body. In a press release,
Cyrus’ parents admitted that they left their daughter at the shoot to attend an
event and were not aware of the plan for the shoot.
6. Exposure to Domestic
Abuse
A string of incidents, from driving under the
influence to openly using drugs, have sent Lindsay Lohan’s career on a downward
spiral. The childhood star’s demise, though, was recently blamed on her
exposure to domestic abuse. In January 2013, Dina Lohan publicly alleged that
ex-husband Michael Lohan beat her during their 22-year marriage, which
ultimately ended publicly in 2007. During a 2013 interview, Dina Lohan alleged that “Lindsay saw
her dad abuse me — that’s why she’s so screwed up.”
7. Promoting Premature
Partying
When children are exposed to the “adult life” at
a young age, it can severely warp their sense of what is age appropriate
behavior. In the wake of a bitter divorce from actor and husband John
Barrymore, Jaid Barrymore, mother of child star Drew Barrymore, showed her daughter the party life before she
was walking. A regular at Studio 54 as a child, Drew was smoking and drinking
by age nine and snorting cocaine at 13. The star eventually got her life back
on track after a few stints at rehab and some distance from her parents.
8. Absentee Parenting
It’s no secret that children need their parents
to be active and present in their lives, but many celebrities sacrifice family
for fame. According to Sean Stewart, son of singer Rod Stewart, many celebrity
children grow up feeling unwanted because their parents spend most of their
time on the road or on movie sets. Stewart is one of six children of the famous
crooner and has grappled with domestic abuse arrests in past years.
9. Social Media Ridicule
Growing up in the public spotlight is not an
easy task when your rock-star father committed suicide and your rock-star mother
has had a known drug addiction; however, Frances Bean, daughter of Courtney
Love and the late Kurt Cobain, has also had to deal with social media ridicule
from the one who should be shielding her from harm. In a 2012 rant on Twitter, Courtney Love accused one of Cobain’s former
bandmates of putting the moves on her daughter, causing a media frenzy and
utter embarrassment for her daughter, who later rebuked the claim and has
estranged herself from Love.
10. Never Say ‘No’
The word “no” is something Suri Cruise has yet to hear. Parents
Tom Cruise and Katie Holmes allege that their parenting choice is to never say
no to their daughter. Although the youngest Cruise has led a sheltered life
surrounded by body guards and fame, one has to wonder how she will adjust to
the word “no” once the reality of real life kicks in.
Click To Download This Post As PDF 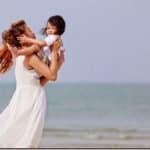 Having kids, blessing or drama? 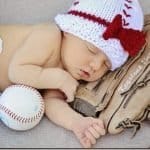 Tips on Bringing Your Child to a Baseball Game 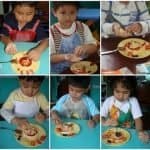 How To Prevent Day Care Separation Problems for your toddlers
« Give the Gift of Sport
{Review} Foot Appeal Skin Peeling Socks: Foot Spa In A Packet »