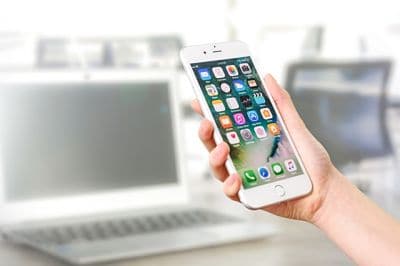 Saving up to buy an iPhone in the Philippines? If so, then you may have heard about how Apple’s famous line of smartphones is about to get its latest iteration September of this year. Not much is known about it yet, but that doesn’t stop people on the Internet to start speculating as well as making their wish list of features for the unrevealed gadget. To join in on the fun, here are the five features that we want for the new iPhone that’s launching in 2018.

One of the most revolutionary features to ever come out on the iPhone is Face ID. Not only does it let you unlock your phone by simply aiming your camera at your face—eschewing the need for a password, PIN, or even scanning your fingerprint—it also lets you authorize online payments and logins in the same exact way, and without the danger of it being fooled by a simple picture of the owner. It’s the kind of feature that seems too advanced or futuristic to work, but Apple pulled it off with the iPhone X, making things just a bit more convenient for us.

However, if there’s something that we felt was lacking with Face ID, it’s that it doesn’t feel as fast or as smooth as Touch ID. It seemed to be a bit picky with angles and orientation as well. So we’re hoping that the new iPhone launching this year will come with an upgraded version of Face ID, one that isn’t just faster but also works even when the face is configured in a different manner.

A lot of portable tech have already made the jump to a USB Type-C connection – from phones and laptops to even Nintendo’s latest console, the Nintendo Switch. In fact, it’s not an exaggeration to say that it’s quickly becoming the standard nowadays, which is always good news for those of us who seem to always be misplacing our charging cords and adapters.

Wouldn’t it be great, then, if Apple were to follow suit with their latest iteration of the iPhone? They don’t even actually have to do any sort of intensive hardware revision – after all, it is just a connection type swap. But even if that’s too much for the electronics giant, then all they’d have to do would be to switch out the USB-A connector on the iPhone charger that usually comes with the unit for a Type-C connector. This would allow the new iPhone to be charged from our MacBooks without needing an adapter, as well as from newer and beefier power banks.

Is it going to happen, though? We’re not too sure. Apple rarely does this type of thing, especially if it can cut into their accessory sales. Still, here’s hoping.

If you’re the type of iPhone user who loves to take their smartphone with them when traveling overseas—and let’s face it; who isn’t?—then you may have already come across the annoying issue of your phone not being able to connect to the local cellular network. This is due to the fact that some countries, like Japan, use a completely different frequency for their networks, so unless your phone was set to pick up that same exact frequency, connection would be impossible.

To circumvent this, you’d have to specifically go out of your way to buy an SKU of your phone that does exactly that. Thankfully, Apple does have this handled, with no less than four SKUs of every model of iPhone available to account for the differences in networks across countries (especially Japan).

But not all of us can afford to buy two units of the same phone just for traveling, so it’d be really nice if Apple were to make the 2018 iPhone to have that kind of network-agnostic connectivity. It could even be a separate model that’s a bit more expensive than the standard SKU, we’d still eat it up. All so we can take our vacations in countries like Japan without worrying about not being able to get in touch with our loved ones.

This one is a bit of a no-brainer. While we certainly want the latest iPhone to keep its sleek and portable profile, it’s always better to have a lot more real estate, specifically when it comes to screen size. Sure, the iPhone X’s 5.8-inch screen was a treat on its own, but a bigger screen easily means being able to see and do a lot more stuff on our phone’s handheld screen. There’s also a chance that the graphics may get bumped up a healthy bit by the size increase too, so that’s definitely a feature we want to see for the new iPhone.

Along with a bigger screen we’d also like a tougher kind of glass to protect that screen. It was long rumored that the iPhone 6 would have a shatter-resistant sapphire screen, but that never came to be, with the phone encased instead in Gorilla Glass. This was purported to be just as strong as sapphire glass, but many tests proved that it can shatter in just one drop—albeit a really unlucky one.

While we do realize that there’s really no alternative to just being careful and mindful when handling your phone, accidents do happen, so it’d be great if Apple accounted for that.

The Return of the Headphone Jack

Yes, we know about how Apple lauded itself on being ‘courageous’ with its removal of the headphone jack on the iPhone 7. We also know that the electronics giant doesn’t really walk back from big changes like this one. Still, it’d be a nice surprise if they actually let the headphone jack make a return on the latest 2018 model.

If they do, then the lightning ports on our iPhones can get a much-needed rest from all the unplugging and re-plugging that we do when we want to swap our ability to listen to music with the ability to recharge. This can easily reduce wear and tear on that component and thus allow the unit to last a bit longer.

And that’s it, the five features we’d absolutely want the new iPhone to launch with this 2018. Did we match up with your own wish list, or did we miss it entirely? Whatever the case, here’s hoping that the new iPhone doesn’t disappoint.