A World of Married Couple is one New Fave K-Drama You Should Not Miss! 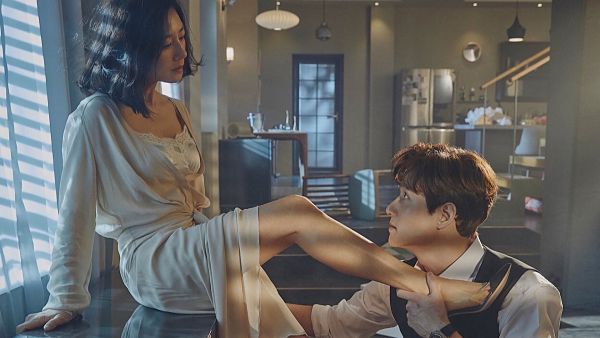 Who isn’t hooked on K-drama this quarantine period?

After Crash Landing On You, which every mom or tita swore na boyfriend nila si Captain Ri, there is another new K-drama and I. AM. So. Hooked. It is dark and twisted!

After Itaewon Class (which I swore I absolutely loved), JBTC released A World of Married Couple, and it has constantly been topping the ratings chart.

A World of Married Couple stars Kim Hee Ae and Park Hae Joon (he was in Arthdal Chronicles and if you have seen Lee Jong-Suk’s Doctor Stranger, he was the really annoying North Korean agent who was constantly, irritatingly on the tail of the doctor).

The story is about a couple whose marriage starts to fall apart after Ji Sun Woo, played by Hee Ae, finds a strand of hair on her husband’s (Lee Tae Oh) scarf.  Her gut feeling is telling that her husband is having an affair.

Here is the K-drama trailer from Viu Ph:

The story-line is so fast paced. If this were a Filipino tele-novela, the cheating will only be discovered probably on the tenth episode hehe , because they have to make kwento about the couple’s childhood , etc.

This is also different from the usual light, feel-happy, kilig K-dramas that we love to watch.

The lead is a revelation. Look how good she was when she discovered her husband’s backpack, along with the phone which revealed the mistress!

Episode 5 and 6 are definitely not for the fainthearted! I felt Dr. Ji’s pain, I really did.

Men will always find a way to justify their infidelities because they honestly do not understand what they did wrong 😡 .

And the side-chick cannot be blameless as well.  What she did was the ultimate disrespect to the sisterhood. I hate her to the core.

A World of Married Couple airs every Friday and Saturday at 10:50 PM KST. You can check it out every weekend on Viu Philippines!
Click To Download This Post As PDF