A reader asked:  I had my official receipts printed on January
7,2013.  Can I still use them beyond the
deadline of August 30 since I have a relatively new business and had just used
a few booklets of the 20 booklets I had printed?
The
Bureau of Internal Revenue issued Revenue Memorandum Circular No. 52-2013 dated
August 13, 2013 “Clarifying the Validity
of Unused/Unissued Principal and Supplementary Receipts/Invoices Printed Prior
to January 18, 2013 and Other Matters”.
Under
this Revenue Memorandum Circular, the Bureau of Internal Revenue allowed the
use of old official receipts/invoices UNTIL
OCTOBER 31, 2013 INSTEAD OF AUGUST 30, 2013 as earlier ordered, PROVIDED:
IF
YOUR PRINCIPAL AND SUPPLEMENTARY RECEIPTS INVOICES WITH AUTHORITY TO PRINT
(ATP) ARE DATED PRIOR TO JANUARY 1, 2011,
these will no longer be valid on August 31, 2013 onwards pursuant to Revenue
Regulations 18-2012 and Revenue Memorandum Circular No. 44-2013.  If you issue such old receipts and invoices
after August 30, 2013, such act would constitute a violation of Section 264 of
the National Internal Revenue Code, as amended.
Issuing it would be deemed as if no receipt or invoice has been issued
by you.  Consequently, any deductions
from your gross income using these receipts/invoices will not be allowed since
these are not valid proofs of substantiation.
If you are a VAT-registered person, no input tax may be claimed using
such expired receipts/invoices.
This
Circular has been issued following complaints that BIR-accredited printers were
not able to deliver official receipts/invoices on time.  The delay has been blamed on the growing
printing requests which have ballooned during the past month. 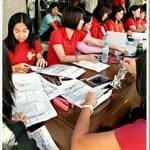 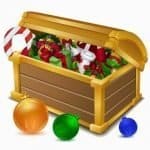 Is The 13th Month Pay Taxable? 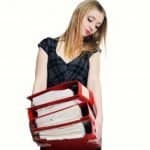 How To Compute Your Holiday Pay in the Philippines
« One of the Many Reasons Why I Love Champs!
Winners of my Photojeepney Digital Photo File Giveaway »