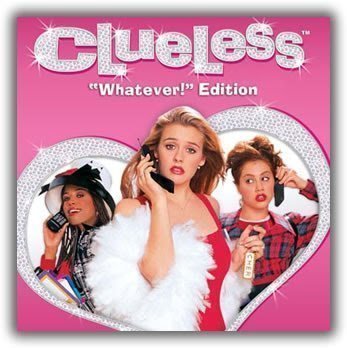 (Nope, this is not about Alicia Silverstone’s Clueless, but I might do a number on that later…)
I have used the internet in the recent years for the
basic stuff. Facebook, e-mail, occasional research (all job or
personality improvement related), a way to touch base with friends.
Sometimes, I check out The Female Network’s GirlTalk to catch up on what’s new on make up, hair, home
improvement, usual celebrity chika (I tend to hang out there a lot). Oh,
when I say I check out Girl Talk a lot, it is not really that often. I do
it in between my demanding job as an examiner, which means even if I do have
field work, audit work would be very time consuming that I would need to work
at nights and weekends and miss one annual summer ritual.

Fast forward to
November 15, 2011. The Code provides that I need to be transferred if I
stayed three years in the same district. I have been in the Baguio City District for years and I wouldn’t have the heart to leave my family and be
transferred to a far-away district. Solution: settle with office
work and do review work. Okay. That would be easy. And. It. Was. Easy. Way. Too. Easy. I have days trapped in terrible ennui.
I wondered which was easier. Doing nothing or doing a lot.
Work, the really heavy stuff, came far and in between. I actually stared at the clock and marveled at how five minutes seemed like five hours!!! I had a chance to discover and re-discover my new passions.  Reading with my keyboard Kindle and finally discovering running. Oh, okay. That was what I only
did. Run and Read. Read and Run.  Hey, it was a ritual.

Fast forward again
to March. Finances were not that good compared to when I was busy.
Opportunities to earn extra are not generally popping up. I turned
to Girl Talk and read up on Feng Shui. I made little changes which,
miraculously, helped.

Then came May.
I was antsy. I wanted to write. I have always wanted to
write. I became an accountant only because I thought I would have a fair
chance at job applications. Besides, I always took up something that is the
complete opposite of who and what I am.  Obviously, I hate Math. I
so detest Math. You can actually ask my Trig teacher (she now owns the
school my two girls went and where my son is going).

I signed up with O-desk, Elance, iWriter, Quality Gal and Essays.ph, but I still did not write. I wanted to do something easy. Something that
would not tax my just-recovered grey matter (working as an examiner was
torture, I swear).

I signed up with Scribie.
It offers transcription service that would pay you one dollar for a
six-minute transcription. It was easy. As long as you pass up
transcriptions with speakers having unusually heavy accents and transcriptions
recorded like they were being chased by dogs.  I recently got promoted as
Reviewer. If I ever mention this in international forums, posters will tell me the one dollar fee is way too low, but hey, it was easy. Later, I discovered
Just Been Paid (a little of that later), myLot and Triond.

Obviously, the
world wide web which was conceptualized  by scientists at CERN (will research on that.
It was mentioned in detail in a Dan Brown book. I would like to think
that if ever one opens Dan Brown’s head, trivia will go pouring out)has become
so big and its power, limitless, and filled with boundless opportunities.  I would like to find myself one day
totally in sync with it.