Home » Finance » Creating A Positive Mind With Money
Note: At no cost to YOU, I use affiliate links in my posts to generate income.
Learn how this blog makes money
And how YOU can do it, too!
Share1
Tweet
Pin

You either have a positive mind when it comes to money, or you have a really negative one. It all depends on your situation being brought up, and how you are with money yourself. There’s a few ways in which you can have a negative view of money. You can either have too much of it, and be greedy with what you have. You don’t take for granted what you have, and you often feel like money will never be an issue. But greed is never a positive mindset. You could also have a negative view in terms of you’ve never had much money, so money annoys you in the sense that it is too hard to get or keep. If you fall into either of these categories, then here’s some advice to help change your mindset. 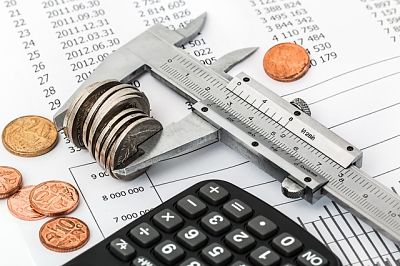 It is more common in our economy for people to have not enough money, rather than too much money. This tends to lead to people having a negative image of life as well as money. But it is often the case that you won’t feel like you have enough money because you aren’t spending it right. It is all too common for you to have the urge to spend any money you get. Sometimes savings are at the back of your mind. Other times, you just don’t have the money you need to be able to get by. Providing for a family is hard, but if you want to try and master it you need to begin to be careful with your money. The one thing you can do is watching your incomings and outgoings. Incomings are hard to manage when you’re not sure what you’re getting each month, and you have no record of what you had on previous months. This is where services such as ThePayStubs comes in handy. You’ll be able to track all your incomings, and then use other online services to manage your outgoings. If you write down exactly what you spend each month, including things such as days out or takeaways, it’ll often become clear with regards to what you need to cut back on to give you and your family more money.

People with too much money often become a little selfish and obnoxious. We all know someone who likes to flaunt what they have, but this isn’t necessarily a good thing. The greed in life often makes people blind to the troubles they could face. Thousands of people each year lose their fortunes, or their jobs etc. and become stuck in a rut. If you know you’re comfortable with money, make sure you have plenty of savings, and invest it in areas where you know you’ll be getting a lifelong return. It’s also a good idea to invest in charities. They’re in such need of donations, your money could help change the lives of thousand of people a year, as well as change your own. If you’ve got to the position you’re in due to hard work, be sure to teach your children yours values as well.

« So What Is Bitcoin?
Who Is Satoshi Nakamoto? »