The
weather has been great the past few days, except that it gets really chilly
in the late afternoons and early evenings.  As I
breathe in the fresh air, I am reminded that just a month ago, I had a viral
upper respiratory tract infection which started with me losing my voice, which led to coughing which led to more coughing which persisted for almost three weeks.
My
girls and my boy were so happy (they were ecstatic – just kidding) and had a
blast joking about me losing my voice since I can’t order them around.
Unfortunately
– for them – and luckily – for me, I got the Chorma for Chores app.
What is
Chorma for Chores?
For
ages which probably started with the sibling war between Cain and Abel, there
is this never-ending war among siblings over who does what.  Like I said in this post, my kids think of
the most creative excuses to get off housework.
And when the creative excuses are not working,  one
of them is always complaining that she is doing all the housework and her
younger brother just hangs out doing nothing, playing his Xbox.
Chorma
for Chores solved this. 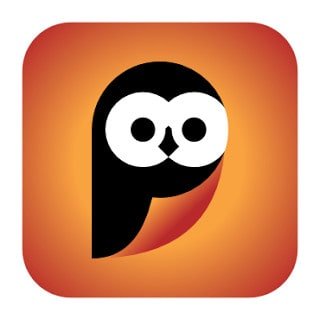 Chorma for Chores is an iOS app developed by Stephen Bennett and is available for download  from the App Store.
Chorma
is a fun way for frazzled mommies like me to organize and assign chores.
Here’s
how it works:
1.
Parents assign chores to family members,
2.
Chores get done .
3.
And kids get to earn points that can be redeemed for rewards.
The basic Chorma App is free.
You can also opt for Chorma Pro which has customized rewards and admin
capabilities like:
1.     Create custom individual rewards.
2.     Set housemember permissions.
3.     Adjust point scores, undo chores, and more.
Personally, for me, after suffering that lost/hoarse voice
for three weeks, this app is heaven-sent.
It wiped out all the complaints, each kid became responsible for trying
to finish his/her task to earn points, and not one of them talked about me
being –  “Unfair.  How come (put sibling name here) gets to do
nothing?”
This app requires that all members of the household
should have an iOS device.  Each of them
has to download the app.
After setting Chorma up, I don’t have to make a big Chore
Board or send text messages just to remind them of their list of chores
to-do.  Chorma reminds them!

1.
My Chores
2.
All Chores
3.
Recent Acitivity
4.
Housemembers
Just tap the “+” button on the right side of the screen to
create a new chore.  You then give the
Chore Title, assign Chorma Points between 1-5 according to how difficult or how
long the task is (reminiscent of those little stars I put beside their chore
chart), assign the chore to a housemember then mark it as a repeating task or having
a specific schedule. 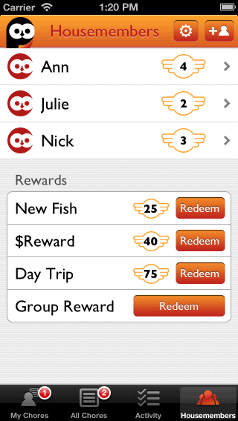 You can also assign tasks as “Claimable”.  A housemember may want to earn extra Chorma
points and claim the task valiantly. 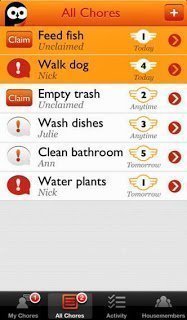 I love how the app has an easy
dashboard/interface, making it easy even for my eight-year old boy to use.  My only bone with this app is that it requires
each housemember to have his own iOS device, making it practically impossible
for younger housemembers to be included.
I wish the app would be upgraded in a way that you don’t need to invite
a housemember and a housemember do not have the option to accept or decline
(Mom is the Law!).

My intentions are pure, though.  I just want younger members to be included
(parents can guide them using the parents’ iOS devices.).

Over-all, though, for moms like me whose children constantly bicker

on who gets to do what, Chorma for Chores is a weapon of peace!

« BIMBY AND RYZZA AWARDED AS GOLDEN KIDS OF THE YEAR 2013
{Money Mondays} An Absolutely Brilliant Investing Perspective For People Who Love To Spend! »