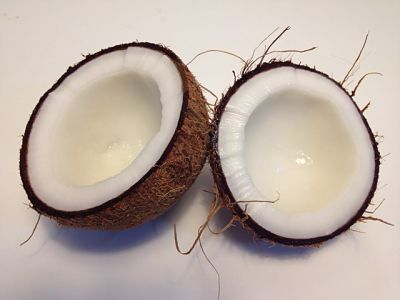 When it comes to oils, coconut oil is not only one of the healthier types around, but also one of the most versatile. You can cook with it, moisturize your skin with it, or even use it in aromatherapy if you’re so inclined. Coconut oil, particularly virgin coconut oil from suppliers in the Philippines, can be taken orally as a health supplement as it is proven to have a lot of health benefits, including facilitating fat elimination and boosting brain function.

Have you ever wondered, though, just how coconut oil is extracted? If you’re not particular with the quality or purity of the coconut oil you’re using, you can simply buy a coconut, prepare it, and extract the oil at home. There are several ways to go about it. Here are some of the most popular ones:

The wet mill method uses a mature brown coconut instead of a young green one. After cracking open the coconut, scrap off the meat using a spoon or butter knife. Cut the meat to pieces and shred it using a food processor or blender. Next, filter the coconut meat into a jar using a cheesecloth and squeeze the cheesecloth to make sure you get as much moisture out of it as possible. Repeat until you’ve used up all the shredded coconut. Let the jar stand until the curd appears on the top layer. Refrigerate the jar or leave it in a cold room, then scrape out the curd with a spoon. What’s left in the jar is the virgin coconut oil.

This process extracts oil from desiccated coconuts. You can obtain unsweetened coconut flakes from the store or start with fresh coconut meat, which you have to dehydrate over the course of 24 hours or put in the oven for 8 hours. Once the meat is dry, juice it in small batches and use the entire shredded coconut meat twice. Place the jar with the juice in a warm room and let it stand for 24 hours. During this time, the coconut oil will rise to the top layer and leave the cream at the bottom. Scrape off the cream and transfer the oil to a new jar for proper storage.

The final method involves boiling the grated coconut meat. Use a brown coconut for this and scoop out its meat. Next, mix the shredded coconut and hot water in a blender. Blend the 2 until you’re left with a smooth puree. Just like in the wet mill method, filter the resulting mixture using a cheesecloth or strainer and try to get as much moisture out of it as possible. Put the resulting liquid in a saucepan and boil using medium heat, stirring constantly. The water should evaporate, leaving the oil in the pan. Alternatively, you can opt not to bring the mix to a boil and instead allow it to settle by leaving it in room temperature for 24 hours. This should be enough time for the oil to form at the top layer of the jar.

Coconut oil is one of the more popular types of oil currently available in the market, not just because of its versatility but also due to the many health benefits it bestows on its consumer. The process of extracting the oil is a simple one, too, and can be done at home. However, if you want high quality oil with a more consistent fat percentage, it’s best if you shop for commercially processed coconut or virgin coconut oil. Make sure that you only buy from reputable and verified dealers to ensure high-quality and unadulterated products.

« Moving House While Working At Home (Yes, It Can Be Done)
Top 5 Things to Do When in Coron, Palawan »