Most pregnant women do things early on in their pregnancies that they wouldn’t have if they’d known they were expecting.

Otherwise, they would be taking precautions and doing everything right on how to have a safe trimester.

They would have avoided things like having drinks with friends, smoking, taking medicines.

Since the first trimester is the most crucial time for fetal development, it is hard not to worry when you have unwittingly taken a chance.

But still doctors agree that one or two slip-ups is usually no cause for worry.

Here are some specifics on how to have a safe trimester: 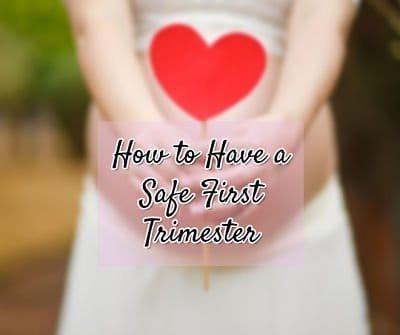 Be careful of wet paint.

While one whiff of polyurethane is not likely to harm a fetus, there is a chance that when a mother inhales paint fumes, they could get into her bloodstream and cause neurological damage to the fetus, says experts.  Once you know you are pregnant, steer clear of most paints and solvents.

Alcohol is a notorious threat to a fetus, but a drink or two at a party before you knew you were pregnant is probably okay, especially if it was during the first few days, before implantation occurred.  That’s not to say that you should purposefully consume several drinks a day in your first trimester.  While an occasional drink won’t likely cause a problem, one or two a few times a week may.

Birth control may not be dangerous.

Doctors once warned that a fetus conceived when the mother was on birth-control pills was at risk for heart problems or, if female, for masculinization caused by certain hormones in the Pill.  Research shows that those fears are unfounded, given today’s lower dose pills.

Hot Tub or Sauna is probably not a cause for concern.

Fifteen minutes in a hot tub or sauna is probably not cause for concern.  However, if you do spend a lot of time in a hot tub, experts recommend a level II ultrasound in order to look for possible damage.

« What If I Don’t Love My Baby?
5 Creative ways of decorating your outdoor areas with string lights »