I am sure most of you in the daily grind have already received
their thirteenth month pay.
But have you wondered why it is kulang ?
Is the thirteenth month pay taxable?
The thirteenth month pay and other benefits such as:
ARE
NOT TAXABLE, PROVIDED THAT THE TOTAL AMOUNT SHALL NOT EXCEED THIRTY THOUSAND
PESOS (P30,000.00, P82,000 in 2015).  If the aggregate amount
of your 13th month pay, Christmas bonus and other incentives or benefits
exceeded the ceiling amount of P30,000.00, they will be taxed.
Sad, ano?
The BIR Regulation states thought that “the thirty thousand
pesos (P30,000.00) may be increased through rules and regulations issued by the
Secretary of Finance, upon recommendation of the Commissioner, after
considering, among others, THE EFFECT ON
THE SAME OF THE INFLATION RATE AT THE END OF THE TAXABLE YEAR.” (Threshold has been increased to P82,000 in 2015)
Since this regulation was over fifteen years ago and I bet the
inflation rate has gone way way UP, I think it is about time that the threshold
of P30,000.00 be increased.
I have seen in the news lately, though, that the BIR
Commissioner is not keen on increasing the threshold…

UPDATE 2015: INCREASE IN THE EXEMPT THRESHOLD OF 13TH MONTH PAY AND OTHER BENEFITS:

Anyway, let me talk about 13th month pay.
What
is a 13th month pay?
The 13th month pay is equivalent to 1/12 of the basic
salary of an employee within a calendar year.
This is computed pro-rata according to the number of months within a
year that an employee has worked with an employer.
Legal basis:
*R.A. 6886 which was approved on December 14, 1988 authorized
the grant of annual Christmas bonus to national and local government officials
and employee starting calendar year 1988.
**P.D. 851 dated December 16, 1975 required all employers to pay
all their employees receiving a basic salary of not more than P1,000.00 a
month, regardless of the nature of their employment, a 13th month pay not later
than December 24 of every year.  This was
amended by Memorandum Order No. 28 on August 13, 1986, requiring all employers
to pay all their rank and file employees a 13th month pay not later
than December 24 of every year.
Who
gets the 13th month pay?
If you
are a rank and file employee, who has worked for at least one (1) month, you
are entitled to receive your 13th month pay.
Who are rank and file employees?
If you
are not a managerial employee vested with the powers or prerogatives to lay
down and execute management policies and/or to hire, transfer, suspend,
lay-off, recall discharge, assign or discipline employees, or to effectively
recommend such managerial actions, in other words, virtually powerless, you are
considered a rank-and file employee.
When do I get my 13th month pay?
The
13th month pay shall be paid not later than December 24 of each year.  Your employer may give you half of your 13th
month pay before the opening of the regular school year and the other half on
or before December 24.  The mode of
payment can also be agreed upon between the employer and the employees.
Can I demand for my thirteen month pay
even if I have already resigned?
Yes,
you can demand for your 13th month pay and you don’t need to wait
for December 24 to get it.  You can
demand it at the time of the effectivity of your resignation.  Your 13th month pay will be
computed in proportion to the number of months you worked with the
company.
Can my employer refuse to give me my 13th month pay?
The payment of the 13th
month pay is mandatory.  If your employer
fails to give you your 13th month pay, you can report him to the
Department of Labor and Employment (DOLE) or the National Labor Relations
Commission (NLRC).
Who are exempted from paying 13th month pay?
Under P.D. 851, the following are not required to pay 13th
month pay unless the grant thereof have become a policy or practice:
a. The
Government and any of its political subdivisions, including government-owned
and controlled corporations, excepts those corporations operating essentially
as private subsidiaries of the Government. (R.A. 6886, however, authorized the
grant of an annual Christmas bonus to national and local government employees
starting calendar year 1988)
b.
Employers already paying their employees a 13th month pay or more in a calendar
year or its equivalent at the time of this issuance.
c.
Employers of household helpers and persons in the personal service of another
in relation to such workers.
d.
Employers of those who are paid on purely commission, boundary, or task basis, and
those who are paid a fixed amount for performing specific work, irrespective of
the time consumed in the performance thereof, except where the workers are paid
on piece-rate basis in which case the employer shall grant the required 13th
month pay to such workers.
Who are those paid on a piece-rate basis?
They
are workers paid a standard amount for every piece or unit of work produced
that is more or less regularly replicated, without regard to the time spent in
producing the same.
I work in two companies.
Can I demand my 13th month pay from both?
You
are entitled to your 13th month pay from both your employers.
Is it part of the Company bonus?
The 13th
month pay is mandated by law and is separate from the company bonus.

Implementation of eFiling of “No Payment Income Tax Returns Deferred 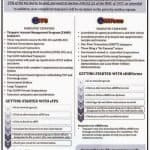 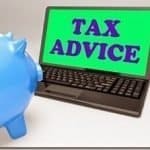 Frequently Asked Questions on: How to Register with the BIR 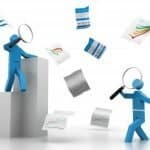