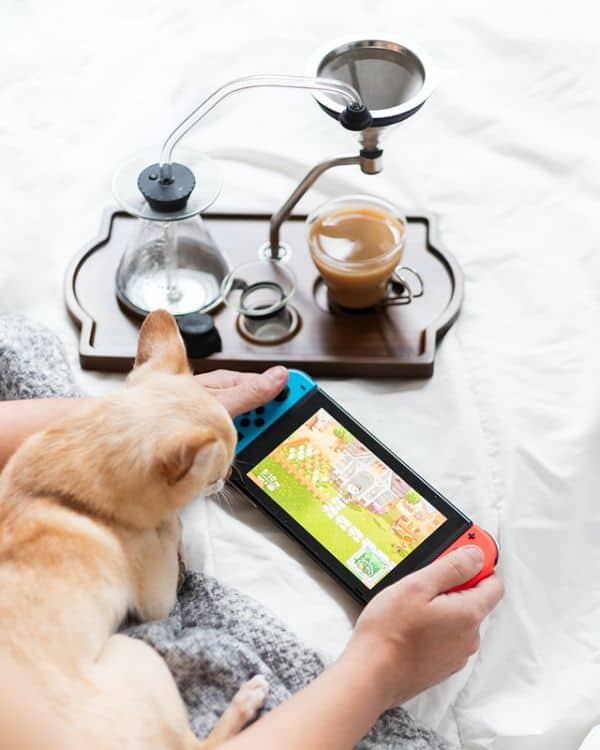 Kids and videogames just go together.

And now, that you are probably at your wit’s end with the kids at home the whole day, a little video game on the Nintendo Switch won’t hurt, right?

I have probably been able to witness the first arcades and have tried ancient home gaming systems and this is what I can say.

Gaming companies got better and better at designing games for kids.

And like mobile phones, video games have become part of our modern life.

The days when we struggle to justify that our kids should not be playing games at all, but should be outdoors more often is so gone, because now, we understand that moderation is key.

Switch Games played when moderated by us parents are perfectly safe.

What Video Game System Should I Get?

There are plenty of videogame systems to choose from, and, especially among the big three, it can be a tough call which one to pick.

I personally would go for Nintendo’s Nintendo Switch.

Why Switch’s Animal Crossing Helped Me Get Through Quarantine

Because it upped the game with the Nintendo Switch. Rather than focusing on their always popular portable gaming systems, like the GameBoy, remake their motion-sensitive Wii, or develop new home gaming systems to compete with the PS4 and XBOX ONE, Nintendo decided to innovate.

Why should gamers have to choose between a ✅portable system, ✅a home system, and ✅a motion-sensitive system when you can combine all three into one console making it the ultimate flexible system to play on?

The Nintendo Switch was born of this idea. 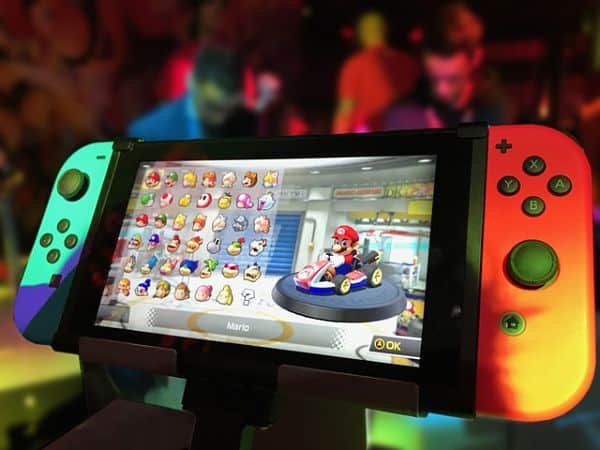 Within these modes are loads of ways of using the Switch creatively.

This versatility is precisely what makes it a great gift for kids of all ages.

I am particularly loving the Joy-con for its innovativeness.  It operates with HD rumble.

HD rumble is a new, advanced motion-sensor system which stimulates the skin of your hands perfectly, making you feel as if you were really in the game!

It just does not vibrate when in use, but it actually feels pretty real.

It has its own built-in camera, so you don’t need to be always getting close to the main console and waving.  You can use hand signals infornt of the Joy-Con cameras to play games. And, just like with the Wii, there are attachments such as wrist straps or steering wheels, for easy gameplay with your Joy-Con.

Is the Nintendo Switch Worth The Price?

It can be hard, in a time and age when every toy seems to have a single specialized purpose, where most things do not live up to their advertising, and where kids are always hopping from one thing to the next, to make a good investment in a toy. You never know how long your kid will spend playing with anything you get them.

The Nintendo Switch is a great solution to this concern, as you know your kids will spend a lot of time on it. But if you’re concerned about their activity levels and social lives, a cooperative and portable set is perfect.

The Nintendo Switch is a money saver.

What is more, because the Nintendo Switch is all in one, it saves you the trouble of buying three different systems: one for motion-sensitive games, one portable one, and one for conventional gaming. This not only saves money and space on systems, but is also very convenient in terms of the games your children will play. No longer will they be so absorbed in a game that it’s impossible to get them out the door: now they can bring the game with them, and carry on playing it outside, in the car, or split the controller and play with their friends.

There is a pretty good variety of games you can play on this console too, so its variety of features and functions will not go wasted.
>

« 17 Creative Candy Corn Fun Ideas (While On Quarantine)
Review: The Legend of Zelda: Breath of the Wild »