Save the Children launched its global 16th ‘State of the World’s Mothers’ index which ranks each country in the world as the best and toughest places to be a mother. Every year, the report contains the Mothers’ Index which uses the latest data on maternal health, child health, educational attainment, economic status and female political participation to rank 175+ countries on where it’s best and toughest to be a mother.
Here is a piece of good news: Child survival rates in Metro Manila improved by 50% says Save the Children’s State of the World’s Mothers report.

Metro Manila was among top cities in the world to cut child mortality rates among urban poor, according to 2015 State of the World’s Mothers global index published by Save the Children. 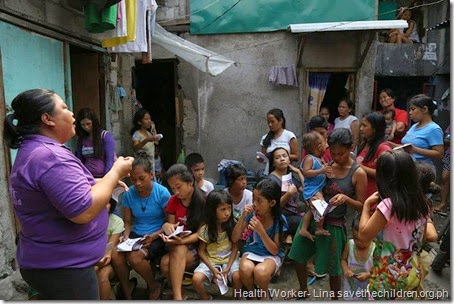 The annual global mother’s index report reveals that in the last 20 years, child survival rates among the urban poor in Metro Manila, have improved in comparison to other developing countries. Between 1993 and 2008, the child mortality rate went from 81 to 38 deaths per 1,000 lives deaths. Over this period of time, the poorest urban children went from being 4 times as likely to die to being twice as likely to die compared to their wealthy peers.  The capital region has also achieved about 4% reduction in under-5 mortality per year since 1998.
Metro Manila’s success comes from improved quality of services, public-private partnerships, structural reforms and health care innovations introduced to the local government units and sustained involvement of civil society in maternal and child health care programs.
Despite progress, the global study cited the National Statistics Office (NSO data) which suggests that 1 in 5 infants who died in 2010 were in the capital region. While health facilities and obstetric care are physically more accessible in the capital region, the report revealed that many poor people still could not afford associated health costs.
As progress in child survival continues to be localized and in some areas stalls, Save the Children Philippines is working alongside the government and families to ensure that the good work continues and children, particularly those in manila are given every opportunity to fulfil their potential .
In this year’s country ranking of the State of the World’s Mothers report, which ranks the wellbeing of mothers and children, Philippines maintains its place from last year at number 105 out of 179 countries, behind Vietnam, Thailand and Malaysia in South East Asia. The country is just ahead of Timor-Leste and Indonesia.
Ned Olney, Country Director of Save the Children, says:

“The progress we have seen in the past two decades shows that closing the child survival gap between rich and the poor is attainable. But cities need to keep up with the breakneck growth as thousands of mothers and children in cities still have limited access to essential health services, food and clean water they need to survive and stay healthy. Save the Children is calling for strict implementation of maternal, child and newborn health care programs, including infant and young child feeding and increased local government investment to trainings for frontline health workers.”
“If Philippines is going to complete the task of ending preventable child and maternal deaths, we have to continue to find better ways of getting health care to urban populations, regardless of income,” he added.