By the time your son or daughter is approaching their mid to late teens, they’re going to be young adults rather than kids. You need to start thinking of them as such. That way, you can be sure that when the time comes for them to enter adulthood properly and get out there on their own, they’ll be more than ready for that. It’s not easy, but it can be done.

This is one of the most ignored areas of parenting out there. It’s not just about looking after your children while they’re still children; it’s just as important to be there to help them out when they’re making that big transition to adulthood. It can be an incredibly difficult time for them, and it will be much easier for them if you’re there to help, prepare and guide them every step of the way.

Be There to Answer Questions

First of all, you just need to make sure that you’re there to talk to and answer any of the questions that your teen might have about adult life. Most teens are interested in these things, and they like the idea of spreading their wings and getting out there by themselves. You shouldn’t shy away from that or try to prevent it because that won’t help either them or you. Answering questions and offering moral support is often the most important thing of all.

Talk About the Realities of Living Alone

Living alone is something that your child is inevitably going to be doing before too long. Are they prepared for that? And do they really know what’s involved? These are all things that you should be thinking about. Be sure to talk to them about some of the challenges and difficulties they’re likely to face. Many young people have to rent before being able to buy a place of their own. Find a good guide to renting a property and share it with your child. They need to learn as much about stuff like that as possible. 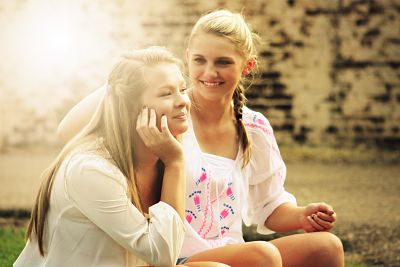 Teach Them Specific Skills That Will be of Use

Your child needs to know how to do the basic skills needed to live along and function as an adult. Think about which skills are most important to adults, and then be sure to pass those skills onto your child. It could be the best thing for them. If they have never had to wash clothes or cook their own meals, start teaching them these basic things. They won’t be at all prepared for adult life if you don’t, at least, try to teach them how to cook their own meals and wash clothes, among any other basic things you can think of.

Your child is going to have to manage their own money sooner or later. You should try to get them thinking about this and understanding money as soon as possible. Talk to them about all the expenses you have to cover when managing your household. They won’t know about these things unless you tell them. There are probably so many aspects of budgeting and money management that your child knows nothing at all about. But they will be better prepared for adulthood if you try to talk to them about these things.

People skills are important for all adults. Your child needs to have them if they’re going to succeed in life. It’s impossible to get very far if they don’t know how to work alongside other and communicate with them effectively. It might seem like a small and obvious thing, but it’s something that many young people struggle with. It’s better for them to pick up all of the most important people skills now rather than later in life. It will help them get off on the right foot in life, and that has to be a good thing. 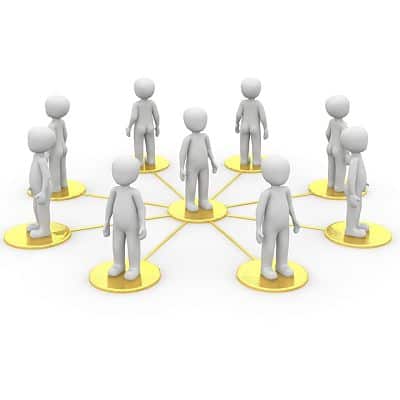 Get Them Involved with the Community

If you want to teach them some more responsibilities while they’re in their teens, you should encourage them to get involved in community activities. If they understand the importance of community and good will to those around you, they will be in a much better position to go out into the world and thrive. Many young people are not so interested in these things, but that doesn’t mean that they can’t enjoy community activities once they’re encouraged to get on board and start involving themselves in them. So, give them the opportunity to do that.

Make Sure You’re Ready Too

You’re going to have to be ready for your child moving into adulthood too. This is something that’s not always easy on parents. You’ve been used to being a parent for such a long time, and when that job and dynamic changes, it’s important to adjust to it. Of course, you will still be a parent, but your son or daughter will need different things from you going forward. So, as well as preparing them for what is next for them in life, make sure that you prepare yourself too. It’s a time that will be challenging for the both of you.

Offer Them Some Motivation As They Enter Adult Life

Being a good motivator can be really important as a parent. You have to have the ability to spur them on because their late teen years are often the most difficult of all. This is when they will have to complete their final steps in education before moving onto college. It’s a make or break kind of time for them, and it’s important that you can be there for them. Their journey into adulthood will be a lot less smooth if they don’t realise the importance of these years and how they could form their prospects for a long time to come.

So, make the most of what you’ve learned above. If you do, your son or daughter will benefit massively as they move away from childhood and into adulthood.

« Speculate To Accumulate: Seeing Your Property Reach Its Potential
The Hidden Costs Of Remodelling Your Home »