As a society, we don’t sleep enough. Average sleep times have decreased from an average of eight hours a night in the middle of the twentieth century to just over six today. The CDC and other public health agencies are worried about the decline of sleep because of the association of sleeplessness with some of our most deadly diseases. Studies have shown that those who sleep less than seven hours per night are at a much higher risk of stroke, some cancer, and degenerative neurological diseases. A lack of sleep is something that we all desperately need to avoid. Sleep should be a top priority, just like diet and exercise, for staying healthy. 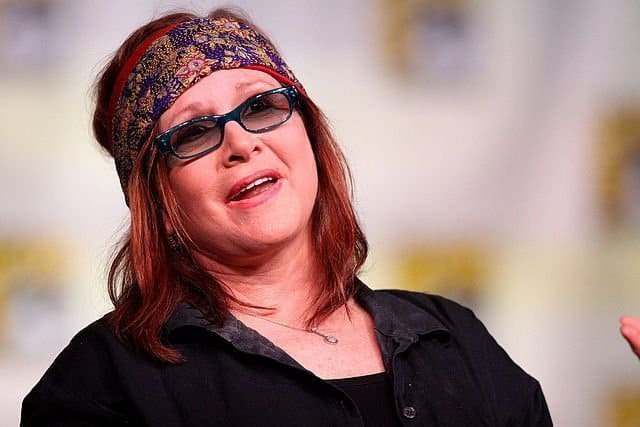 Unfortunately, in the modern world, there are dozens of reasons why we don’t sleep as well as we used to. People who live in inner-city neighborhoods, for instance, don’t appear to get as much quality sleep as those who live in the suburbs because of the constant glow of streetlights through their windows. This light stimulates their hypothalamus, telling their brain to release “wake up” hormones, even if it is the middle of the night, ruining sleep and leading to burnout. Other habits, such as watching screens late at night and constantly stressing about work can also take their toll and might explain why sleep times are declining.

But there’s another important condition which is talked about less frequently, but is estimated to affect millions of Americans every year: sleep apnea. Last year, we got the sad news that Star Wars legend Carrie Fisher who played Princess Leia died. The coroner said that her sleep apnea had been an important causal factor in explaining why she is no longer with us today.

Sleep apnea is a serious condition where individuals stop breathing for long periods of time during their sleep. When we go to sleep, our mouth, jaw, and tongue all relax. This is a natural part of the sleep process, but in patients with sleep apnea, the relaxation is excessive, and the airways can become blocked. This then temporarily prevents breathing during sleep and causes those with the condition to snore loudly as their bodies desperately try to get the oxygen they need into their lungs. Fisher is believed to have fallen victim to an attack of sleep apnea, which prevented oxygen from getting to her organs, causing failure.

According to the statistics, more than 20 million people suffer from the condition. The data suggests that having the condition raises the chances that you’ll have a heart attack by 30 percent, and can lead to other complications like high blood pressure, depression, anxiety, and diabetes. Because so many people now have the condition, it is being put forward as a potential reason why average sleep times are on the decline: it’s harder to sleep well when you’re constantly waking up because you can’t breathe in the night.

The current treatment for sleep apnea is to wear a constant positive airway pressure device. But because these devices have to cover the mouth and nose, they can be claustrophobic. There are CPAP alternatives, however, for people who think they might have the disease. The problem is knowing whether you have it or not. Because it happens during sleep, it’s often difficult for patients to identify their own disease. Here are some signs you might be suffering from sleep apnea.

You Feel Tired All The Time

Although victims of sleep apnea are asleep during attacks, the attacks themselves ruin the quality of their sleep. When the body goes without oxygen for a long time, it releases powerful hormone instructing the person to breathe. When these instructions reach a critical level, the person wakes up and finally takes a breath. If a sleep apnea sufferer stops breathing 60 times per hour, then they are never going to remain asleep for long enough to enter the crucial REM period of sleep where the majority of the benefits of sleep occur.

If you find that you’re still tired after having been asleep for 7 to 8 hours, then it could be a sign that you have the disease. If going to bed earlier doesn’t help alleviate daytime tiredness then go to your doctor.

You Get Frequent Night Sweats

Do you often wake up to go to the toilet in the middle of the night only to find that you’re dripping with sweat? This could be because you had a bad dream or because you’re too warm, but it could also be the consequence of sleep apnea.

Scientists think that sleep apnea results in night sweats for two main reasons. The first is that when the body can’t get air, it goes into fight or flight mode. This may increase sweat production in anticipation of activity. The other explanation is that the body exerts a lot of effort trying to breathe when the airway is blocked and that this directly causes excessive sweating. Either way, if you notice that your bed sheets are soaked in the morning, it could be a sign that you have the condition.

You Urinate Frequently At Night

Humans are designed to go without a trip to the loo for the seven to eight hours they sleep at night. And most healthy people manage to sleep without having to get up to go to the toilet. But if you never enter a deep sleep because of sleep apnea, then you’re much more likely to register the need to urinate and, hence, get up during the night. Scientists have a name for this condition: they call it nocturia. It’s most often associated with diabetics, but it can be a symptom of not being able to get adequate sleep at night.

You Get Up With A Dry Mouth And Sore Throat

At night, you should be able to breathe through your nose. But when your airways are blocked, your body automatically switches to mouth breathing. Extended periods of mouth breathing can leave you with a sore throat and a dry mouth in the morning which could be a sign of sleep apnea.

Click To Download This Post As PDF
« Sibling Rivalries: Get Your Children Used to the Idea of a New Baby
The Emotional Side Of Pet Care »