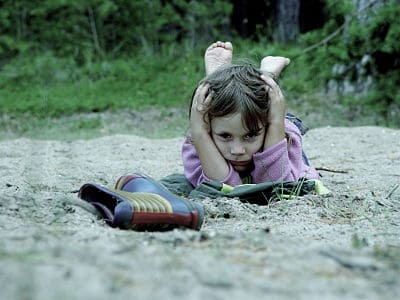 We’ve spoken in the past about how to overcome sibling rivalry by getting your children used to the idea of a new baby. And, this is incredibly important. No child will take kindly to a sudden new arrival stealing the limelight. So, when a baby’s on their way, it makes complete sense to explain what that means to your kids.

But, even if things run smooth for a few years, siblings may well start fighting later down the line. It’s important to note that a small amount of bickering is nothing to worry about. In fact, it’s a healthy sign that your kids are developing independent thought.

But, in some households, sibling arguments completely take over. They’re never ending, and draining for everyone involved. If this starts to happen, it’s crucial you take action. It’s easy to tell when arguments go too far. If they’re continual, for example, you can be sure that intervention is necessary. You may also notice that your children seem more reluctant to enjoy each other’s company. It’s a heartbreaking realization, but one which can be easily sorted by following these pointers.

There’s always going to be some degree of competition between siblings. Sadly, we’re designed to be that way. Despite your best efforts, you’ll find that your children hate you paying attention to their sibling. Call it survival of the fittest.

But, you can do everything possible to reduce competition between them. For one, try not to put them against each other. This may seem obvious, but we often do so without thinking about it. Obviously, you wouldn’t do it on purpose. But, every time you play a competitive game and celebrate the winner, you send the wrong message. The losing party will take offence, and then use that anger against their sibling later on.

Instead, make sure to praise their achievements individually and equally. If one child has a drawing on the fridge, the other should, too. Steps like these will go a long way towards creating a harmonious home.

Encourage the right type of teamwork

In place of competition, it’s worth encouraging teamwork between your kids. There’s a distinct difference between games which set them against each other and those which encourage them to work together. You want as much of the latter as possible.

Puzzle games which need two people are always fantastic. Or, you could try suggestions like the ones found here. You could even have fun by thinking up your own team building games. You could create scavenger hunts they have to work together to solve or obstacle courses they have to assist each other over. There are endless opportunities to try out.

Activities like these also have the benefit of teaching them valuable communication skills. So, don’t hesitate to get started.

Give them their own space

There are conflicting reports about whether children should share a room. Many parents are now of the belief that it can be a positive influence, and there’s evidence to support that. But, if your kids are sharing a room and arguing a lot, it may be past time for a change.

Even as adults, we can get short tempered with people we spend a lot of time with. The same can be said for your kids; only they can’t even escape each other by going to their rooms. Is it any wonder they’re grating on each other so much?

Of course, the only real way around this is to split them up, which isn’t always a simple step. But, with a little creative thinking, it shouldn’t be as difficult as you might fear. You could renovate your attic, or repurpose your guest room. Or, you might want to look into a housing loan which would allow you to relocate somewhere bigger. For a peaceful life, these are all steps worth taking.

This extra room will give you all a bit of breathing space, and ease the pressure straight away. And you’ll find that, in no time at all, your siblings are back on speaking terms. They may even start missing each other. You don’t know what you’ve got until it’s gone, after all. 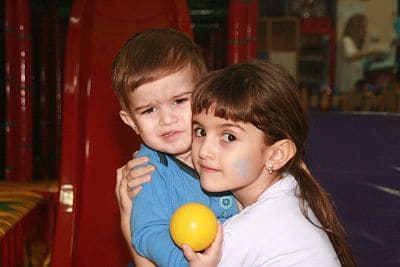 We all show warning signs when we’re snappy. Perhaps we adopt a particular facial expression or chew our fingernails. Whatever form those warnings take, they’re a sure sign that everyone should stay clear.

The chances are that your other child knows their sibling’s warning signs, but that doesn’t mean they’ll back off. In fact, kids often enjoy winding each other up, so they may well keep pushing. And, before you know it, you’ll have two crying children on your hands.

Instead of letting things get to this point, learn to recognize these warning signs from the off. And, if you spot them, attempt to break your kids up before things escalate. If you notice one child looking unhappy, send their sibling on errands to distract them.

It’s also worth noting if arguing gets worse at certain times of the day. Often, things escalate when kids are either hungry or tired. Take note of arguing times over a week, and see if there’s any correlation. If there is, it might be worth finding ways to keep them apart at these times. Perhaps have one child helping you cook, while the other watches television.

Teach them to control their anger

You could also use these arguments as a learning curb for both your kids. Youngsters lose their tempers much easier than adults because they don’t know any better. As such, arguments can turn into screaming matches in no time.

Once they’ve both calmed down, sit them both down and make them think about their behavior. Keep this entirely mutual, and never point the finger of blame. Simply ask them about their perception of the incident. Then, use leading questions to help them see things more from each other’s perspective. Together, they can learn how to avoid arguments with people who won’t forgive them so easily!

« How To Spend Less Time Balancing The Books, And More Time With The Family
3 Shabby Chic Halloween Pumpkin Decoration Ideas »