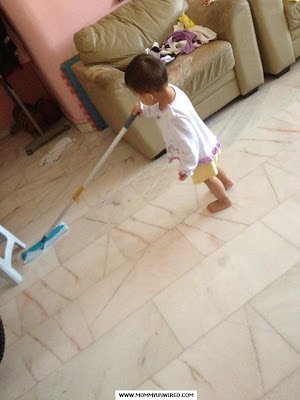 My kids think of the most creative excuses to get off housework!  Like, a school project would suddenly, conveniently be due soon (although it won’t be for another two days) or a cut in her finger would get infected (“Mom, they might cut it if it gets gangrene! I know so! I saw it on TV!”).
And I also have an ear-splitting scream, with some spit, to let them know that I don’t buy their excuses.
Trying to motivate kids to do chores, besides, the ear-splitting-with-spit scream, takes a lot of discipline and psychology (which I didn’t get to study in college).  Household chores make children learn to be responsible.Making them do some chores also give them a feeling of importance and a sense of self-accomplishment once they know that they did their jobs well.
Of course, since chores are such a chore to do :),  some kids would always try  not to do them.  They know every trick and every excuses, and sometimes, they do get away with it. Here are some ways they can’t:
Post a chore chart
A chore chart posted conspicuously will tell everyone in the family what chore they are supposed to do.  Nobody can claim ignorance as an excuse anymore!  Try to rotate the chores regularly so that the kids won’t hate a certain task for doing it over and over again.

Of course, make them aware that they are responsible for keeping their own rooms clean, too and they don’t need a chart to tell them.

Be perfectly clear when you expect your kids to finish their chores, or else they would buy more time and would end up not doing anything.  My little boy usually mean well and would usually do his chore, but he would easily get waylaid by little things.  For instance, if I ask him to fix his toys, he will find a coloring book and would end up coloring his book instead of finishing his task.  For younger children, you need to check on them from time to time.  Asking them how much time they will need to finish cleaning up would give them valuable lessons on time and home management as well.
One Word to the Wise
Moms tend to repeat themselves, over and over, that kids get to it and just don’t listen.  If you keep repeating every instruction, just stop.  Just say one word -“Now”, or “Trash.” My kids tend to listen if I don’t talk too much.
Give consequences
Some kids do slack off and don’t do their tasks.  If they don’t, although you may seem like a cruel step mom to them, take away something that’s important to them-like confiscating a “One Direction” DVD from my 14-year old daughter who is a big, big big fan.
Sometimes, I enforce consequences immediately.  If my girls won’t pick up all  the mess in the family room, they can’t surf the net or use the computer.
If your kids have exams or school activities coming up, it is perfectly reasonable for kids to be excused on his household obligations.  You can also allow your kids to negotiate among themselves for which chores they should do.  Make sure one child doesn’t take advantage of another, though.  I once caught my daughter paying the younger one to do the chores for her.
Set an example
Be a good role model.  You can’t expect your kids to be models of neatness and cleanliness if you have a messy room and a dirty car.
Always look at the bigger picture.  Don’t stress too much if your kids forget to make their bed every single day.  Like what my little boy would always say:
“It’s okay! Children make mistakes.  It’s part of growing up.”
(He must have heard the line from a cartoon show or something.) 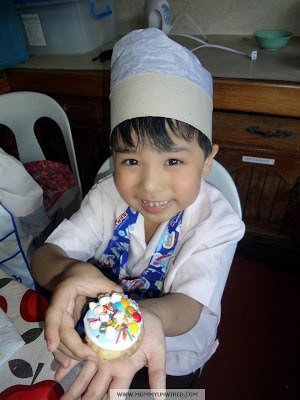 « Beyond the Silver Lining: Stopping Premature Gray Hair
reasons why you should just Read a book (and just probably chuck your telly to the garbage can. Kidding :)) »