From a distance, looking
at the damage, the death and destruction that Typhoon Yolanda/Haiyan brought to
our countrymen seem so surreal.  My heart
goes out to them… my heart breaks when I hear help has not reached them… my
heart screams when I hear politicians blaming each other and my heart melts when
I think of the trauma every little kid would have undergone.

And I cry when I read
something like this…
I don’t know GeraldineSustento, but my co-worker/friend does.
She belonged to Batch ’98 of Saint Louis Girls’ High School, Baguio
City (where I am an alumna), a Baguio-bred girl who settled in Tacloban City.
From my friend’s Facebook
page:
THIS IS HEARTBREAKING…PLEASE TAKE TIME TO READ. 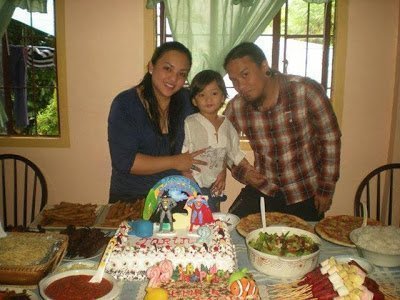 This is Geraldine “Geo” Sustento together with her husband, Agit Sustento and 3
year old son Tarin Sustento. Geraldine or Geo as everyone calls her was born
and raised in Mines View Barangay, Baguio City.

Early this year, they settled in Tacloban City,  her husband’s hometown.

“This was what happened to Geo (as recounted by Joanna and DukeDuke Sustento – Agit’s
siblings):

Last
November 8, 2013 @ around 5am in the morning, Geo together with the rest of the
family members, were already awake and even had breakfast together. At 7 AM, as
the storm continued to get stronger, water started to enter the house. They
thought it was only rain water so they blocked the windows and doors with rags
but the water started rising in just a few minutes. They decided to go out of
their house even if the storm was still at its strongest. In the process, they
broke the closest windows and held on to the metal bars for safety as the water
continued to rise. Agit and his brother saw a life vest floating so they put it
on Tarin. There was even an ice box floating nearby, so Agit said to Duke Duke
to get it so he can put Tarin inside. Unfortunately, DukeDuke can’t confirm if
Agit was able to catch the box and what happened to them at that point because
he got separated from them due to the strong current.

Joanna
and the rest was still at their house and according to her, as the water got
higher and inside the house, there was even a snake swimming with them. The
snake bit Geo’s hand. Joanna said she sucked the venom or blood from the bite.
We are not sure if the snake was poisonous or not but anyway, Geo started to
get nervous. The situation is worse than we thought. Joanna said that it was
like your body and face are being hit with hard, cold ice. The water was so
cold so everybody was already shaking. Tarin kept quiet the whole time, didn’t
even cry, but you can see the worry in his eyes too. His parents kept him close
to them.

The
flood happened in a matter of minutes. It rose up to 15 feet high.

At
this point, nobody knows the exact details how Geo, Agit, Tito Cesar and Tita
Thelma were taken.”

Geo’s sister Genevieve together with husband Karl and cousin Bibeth were in Tacloban City to check on the remains of Geo, Agit and Geo’s parents in laws.
The bodies of Geo, Agit and Thelma Sustento have then been buried at Palo, Leyte

Our
main concern now is Geo’s 3 year-old Son Tarin Sustento, who was swept away
from his parent’s arms during the typhoon. According to a family member, before
Tarin was swept away, his father Agit found a life jacket and placed it on him
to save him and nobody can tell yet if his father was able to place Tarin on
the floating ice box. The family and friends are hoping for miracle that Tarin
could make it, that he was just somewhere else’s hand safe and sound. (Taken
from Francine Kelly’s Status)

PLEASE
HELP US FIND HIM no matter what the circumstance is, as long as her aunt
Genevieve will have Tarin in her arms. “ 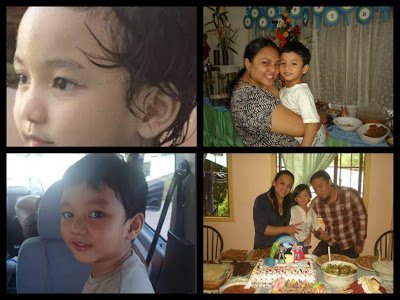 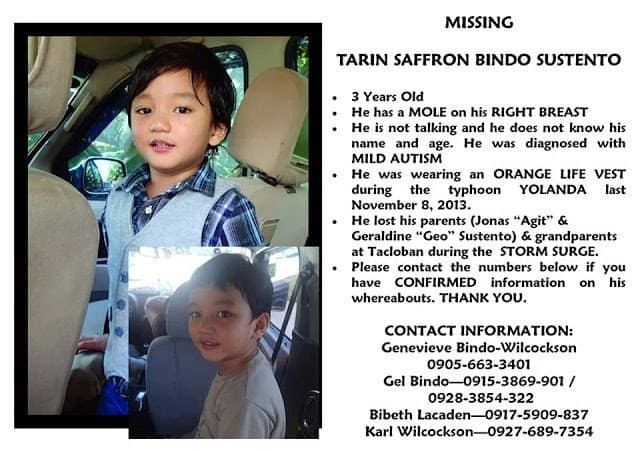